The New Zealand Health Carer Symposium is for the carers who are the unsung heroes of the healthcare system. It is with pride that Kalandra Education Group and St Andrew’s Village present this Symposium offering a raft of knowledgeable speakers and the opportunity to join together in celebration and nurturing.

Chat amongst yourselves during Coffee breaks and Lunch

Cocktails and canapes, mixing and mingling while enjoying the sun setting.

Celebrating the carer – dress to impress

Join in the celebrations at the Inaugural Symposium

Those last days…. Caring for yourself while caring for others in the last days of life

Changability: How to cope with the stress of working in an environment that is ever changing

Speaker: To be confirmed

Responding to an emergency: (Ex- Advanced Care Paramedic) has attended many incidences in aged care facilities over time and has seen it all. This is a fun presentation on how to not respond to incidents and by learning how not to we are hoping you will learn much better ways of managing. Be prepared to laugh.

Organising nutritious and cheap food to keep you going through your shift is usually the last thing on your mind so enjoy listening to the witty “Dame Kerry” about nutritious, cheap and easy snacks that just might inspire you.

Self-care:  Crohn’s disease is an inflammatory bowel disease that affects the living of the digestive tract. Claire shares her story of travelling from illness to wellness and achieving a balance using many different methods. This is a story of growth, self-awareness and courage that will resonate with many of you, so don’t miss on an opportunity to hear how to look after you, so you can take better care of others

MC for the evening: Lynette Forday

Theme: Celebrating the Carer – Glitz and Glam (dress to impress)

Widely known as the world number one blade runner, Liam put that aside to follow his passion for technology and innovation. He continues to chase his dream of being a stand up comedian and running marathons.

Liam’s story of hitting rock bottom while at university to turning it all around will surprise and delight – an authentic and vulnerable delivery covering everything from overcoming adversity to mental health. 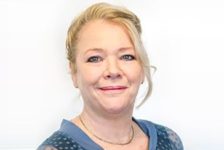 Julia initially trained as a nurse and worked for a number of years in mental health, intellectual disability, community health and aged care.  From there she went and worked at Whitireia Community Polytechnic developing programmes and a number of short courses mainly related to the health and social services area.   Her next career change came when she took up the role as team leader contacts and relationship management with the Central Regional Health Authority.  As a result of the amalgamation of the four RHAs into one she left the RHAs to take up a role with the Ministry of Health as a senior advisor and then managed the mental health and addictions services for a district health board.  Returning to education Julia was appointed to the Wellington Institute of Technology where she undertook a number of senior roles and subsequently she was President of Auckland Institute of Studies.

Julia completed her Diploma of Nursing at Wellington Polytechnic, a Bachelor of Arts and Master of Education with Victoria University, a Postgraduate Diploma in Health Service Management and a Master of Management (Health) through Massey University and a PhD through AUT.  She has been on a number of national committees related to workforce development and was instrumental in developing the national certificate for mental health support workers. Julia was a Ministerial appointment to the Nursing Council of New Zealand, is a Trustee on the Funeral and Embalming ITO, and a national moderator for the funeral and embalming industry.  Julia has also been contracted to a number of international organisations examining health care.  Julia is an active researcher with a number of publications to her name

Since August 2019 Dr Frances Hughes has held the position of General Manager of Nursing and Clinical Strategy at Oceania Healthcare Limited. In December 2019 she was recognised for her services to mental health and nursing as a Companion of the New Zealand Order of Merit. She has also been the Executive Director of Cutting Edge Oceania since 2018. Prior to this, for 2 years, she held the position of the CEO of the International Council of Nursing (ICN) in Geneva Switzerland. She was appointed to transform the organisation post review by PWC. In two years she successfully increased the financial viability of the organisation, instituted and implemented systems process and managed successful delivery of the largest nursing congress in the history of ICN. 2012 – 2016 Dr Hughes was the Chief Nursing and Midwifery Officer for the Department of Health, Queensland Australia. Prior to moving to Australia she held position in Mental Health in MOH Nursing and Chair of MH Nursing for Auckland University from 2004 – 2006.

Frances has extensive knowledge and networks in relation to health policy, particularly in the field of nursing and mental health, research and global health issues. Frances held the position, Chief Nurse for New Zealand, for 8 years and during this time played a major leadership role in health care policy and nursing.

In 2001 she was the first nurse to be awarded the Harkness Fellowship in Health Care Policy (US equivalent to Rhode Scholar) from the Commonwealth Fund in New York. Frances was awarded a Senior Fulbright in 2013 and studied the resilience of health systems at times of natural disasters. She has received an ONZM and distinguished alumni awards from both Massey University and UTS Sydney in recognition of her leadership. 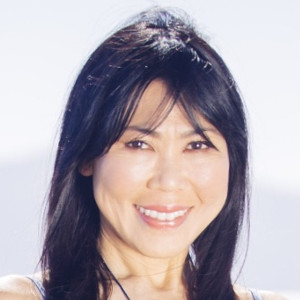 Lynette has been a familiar face on NZ screens for well over 2 decades. Her work on Shortland Street made her a household name but her work far extends this show. Before her life as an actor she was an accomplished Ballet Dancer, at age 17 becoming the youngest dancer to be employed by the Royal NZ Ballet Company.

Ballet took her to America and Britain where she developed a love for acting. She returned to Australia and out of 3000 applicants was one of 18 to be accepted into the world renown Acting University NIDA – the training ground for the likes of Cate Blanchett and Nicole Kidman.

Aside from her decades of work as an Actor she has also forged a career as a Journalist and Presenter – one such coveted role presenting the international travel show “Destination Planet Earth”.

She is also a published Writer.

Her distinctive voice can be heard in the commercial arena where she works as a voice talent. But perhaps the area that Lynette is most passionate about is her work as a mentor and motivational speaker. Her engagements have involved the young and old, one such rewarding position saw her visiting NZ High Schools all over the country encouraging young minds to believe in their unique selves.

This passion for the youth has inspired her teaching and over the last 20 years be it via private lessons or in group workshops for schools, modelling agencies and arts

Liam Malone is nothing short of awe inspiring and truly knows how to WOW an audience.
The Gold medallist blade-running Paralympian put aside his successful athletic career to follow his passion for technology and innovation which led him to work with internationally renowned artificial intelligence (AI) firm Soul Machines, known for their cutting edge, world leading AI technology. Currently Liam is pursuing his love for media and comedy, presenting inspirational keynotes, and MCing events around the globe.
Liam is widely known as the world number one blade runner – hitting the headlines when after less than three short years in the sport he broke the previous Paralympic records held by Oscar Pistorius. His story of hitting rock bottom while at university to turning it all around and receiving two golds and a silver medal at the 2016 Paralympic Games is nothing short of incredible. His times on the track make him New Zealand’s second fastest
400m sprinter ever – legs or not!

Awards
Liam’s awards also include the New Zealand Order of Merit for services to Athletics, Disabled Sportsperson of the Year at the 54th Halberg Awards, and winner of the Sovereign Insurance ‘Make a Difference’ start up competition.

Current work
Liam continues to create and chase dreams, spending time in the UK to practise Stand Up Comedy, which included a successful season at the Edinburgh Fringe Festival and completing his first marathon with no training in 2018. Liam’s latest journey reflects on the emotional challenges from going from the top as a world class athlete with opportunities knocking to an aspiring comic that no one knows, but all the while holding true to the principles and values that got him to the top in the first place.
Well received among all audiences, Liam’s story will surprise and delight – an authentic and vulnerable delivery covering everything from overcoming adversity to mental health. 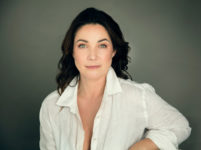 Claire Chitham has been performing on New Zealand stage and screen for over 25 years. Best known for her roles in Shortland Street and Outrageous Fortune, Claire also suffered from Crohn’s Disease until she was twenty-two when she began the journey of healing herself. Claire has recently written a book on gut health, feelings and wellbeing along with science journalist Kylie Bailey and is going to share some of her insights into how we can look after ourselves and how we often don’t.

“I’ve lived with Crohn’s Disease and learned to love my guts on a daily basis. It only took me 20 years! I’m here to share my lessons, wins & mistakes with you in the hopes that you might learn from them a little faster than me.” 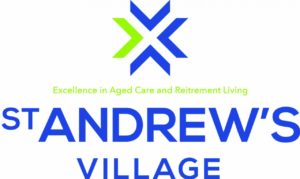 St Andrew’s Village is situated in Glendowie, Auckland on 14 hectares of tranquil park-like grounds with a panoramic view of the Tamaki Estuary. We provide a full range of temporary and permanent care options as well as retirement living choices. Owned and operated by an independent charitable trust, we have been providing holistic and caring lifestyle alternatives for over 60 years

In a world dominated by an ageing society, the demand for the provision of care that older people expect and deserve is rapidly outstripping current support staff numbers and ability.  Kalandra’s purpose is to meet that demand and, by extending Health Care Assistant knowledge and skills, to optimise the standard of care received by aged people in New Zealand and internationally.

Tickets to Cocktail function/Gala Dinner may be purchased separately and are in limited supply.

This is a great way for managers to be part of the fantastic event.